Seattle Parks and Recreation along with the Green Seattle Partnership work hard to ensure tree planting projects lead to healthy and resilient forests. To better understand how well our seedlings are surviving, Seattle conducted surveys in 12 of its restoration projects from the 2017-2018 planting season, covering 43 acres of parkland. We set out to find out why some seedlings prosper while others perish, while also teasing out the factors contributing to seedling survival.

Initial studies happened in 2018, and follow-up field work took place in late summer 2019. The major elements we looked at in our review of the plantings include tree canopy cover, competing shrub and weed cover, density, diversity of tree seedlings in the understory, and seedling care after planting. This blog post summarizes the results of these most recent field surveys of the 2017-2018 planting projects.

First and foremost, these seedlings had two T O U G H weather years in a row. The hot, dry summer in 2018 stressed the seedlings, which are most vulnerable in their first year after planting. In 2019, unusual freezing weather in February, drought  in spring, and an overall low-precipitation year took a substantial toll on seedling survival.

Notice more heat in Seattle? To learn more, click on the image for a link to our article on Extreme Heat and Seattle Urban Heat Islands.

Across all 12 projects, survival fell to 46% in the fall of 2019 (down from a conservative calculation of 83% in fall of 2018). About half the sites had survival between 57% and 69% (and one site where almost nothing died!). Though this news may sound disappointing, this outcome is reasonable given the difficult conditions in 2018 and 2019. The other half of the sites did much worse. Seedlings that were alive in 2018, but showed signs of stress, typically did not survive through 2019. A gentler winter and wetter spring and summer may have mitigated these losses. 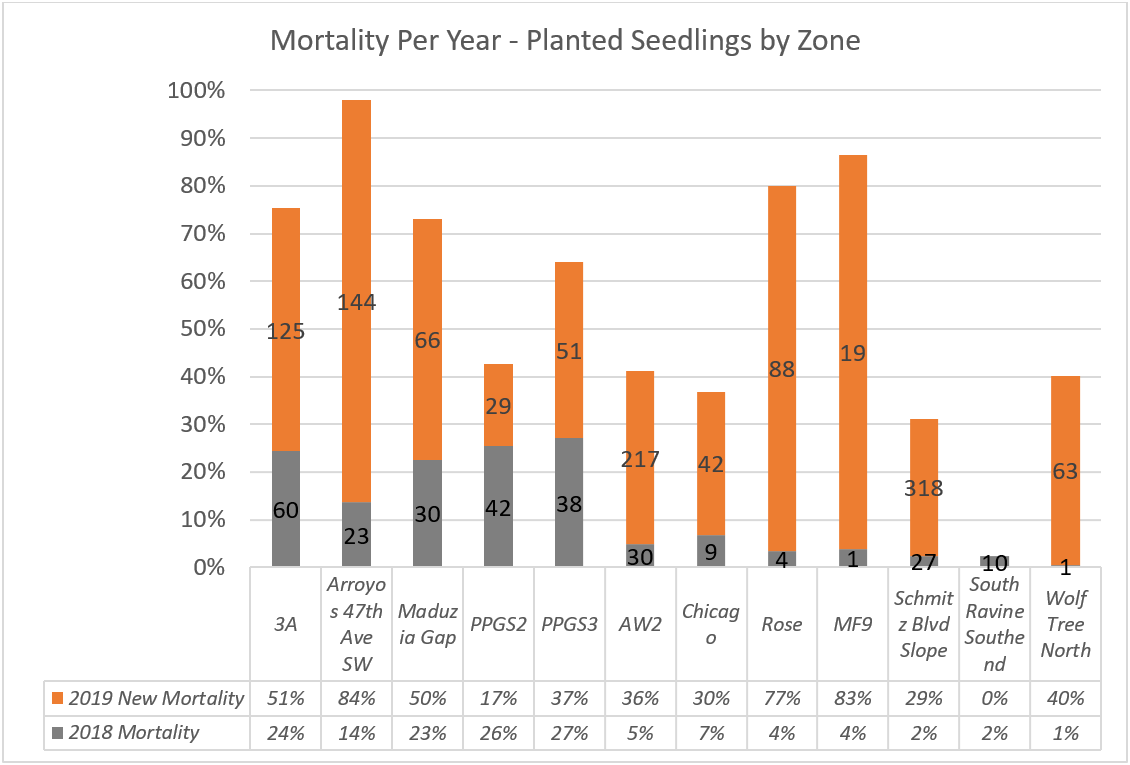 Take a look at the tabs below to learn more about how various site conditions can impact seedling survival:

Seedlings planted under dense canopies with shady conditions on the ground lead to high mortality. Sites with more than 50% canopy closure suffered 74% mortality on average, compared to 37% in more open sites. Also, seedlings that survived into 2019 were significantly taller when found in sunnier areas compared to those found under shady canopies.

Availability of water and light affects the density and distribution of naturally-regenerating seedlings in our forests and the survival of planted seedlings. Any competing vegetation, even native vegetation, may take those resources away from the seedlings. Abundant cover of nearby tall vegetation (like salmonberry) can significantly reduce planted conifer seedling height. While neither tall nor short vegetation showed in impact on seedling mortality, we surmise that over longer time frames, these suppressed seedlings will either not grow very fast or succumb to other plants encroaching on their space and resources required to grow.

Invasive plant cover was relatively low averaging 11% overall. Invasives did not have a significant influence on seedling mortality, but more abundant invasive cover did reduce the heights among live seedlings. The low invasive cover indicates weeding treatments are effective. 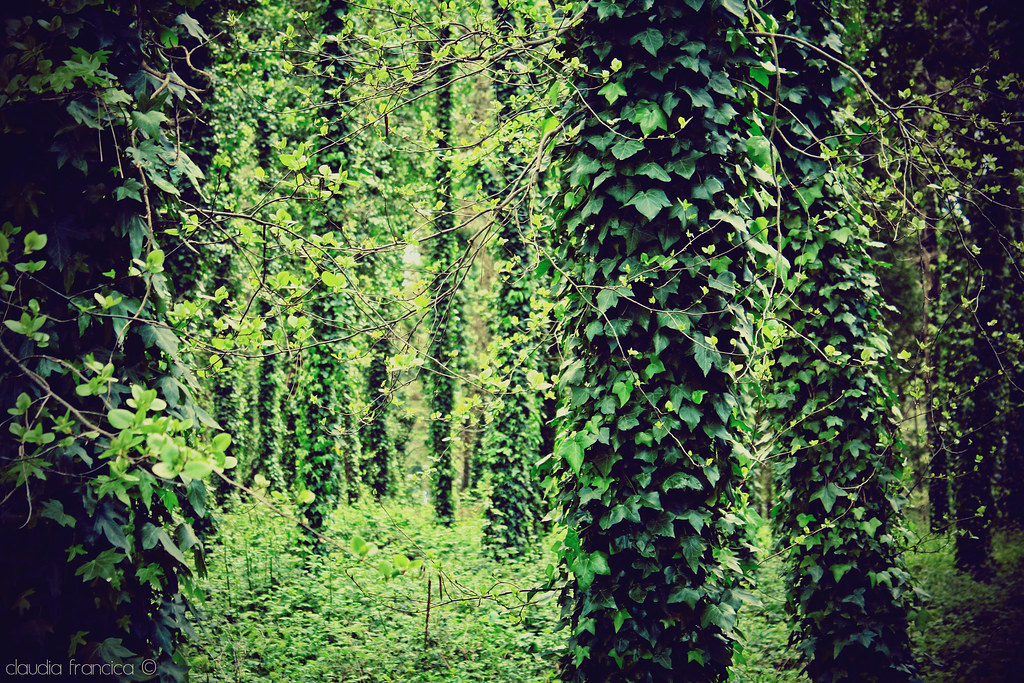 Sites with the highest survival rates also benefitted from ongoing  stewardship and maintenance activities, including mulching, watering, and clearing of vegetation before and after planting. Sites that were watered had on average 26% mortality on average, while un-watered sites had 65% mortality. Watered sites also tended to have mulching and brushing of competing vegetation Mulching and site prep also showed modestly higher survival. 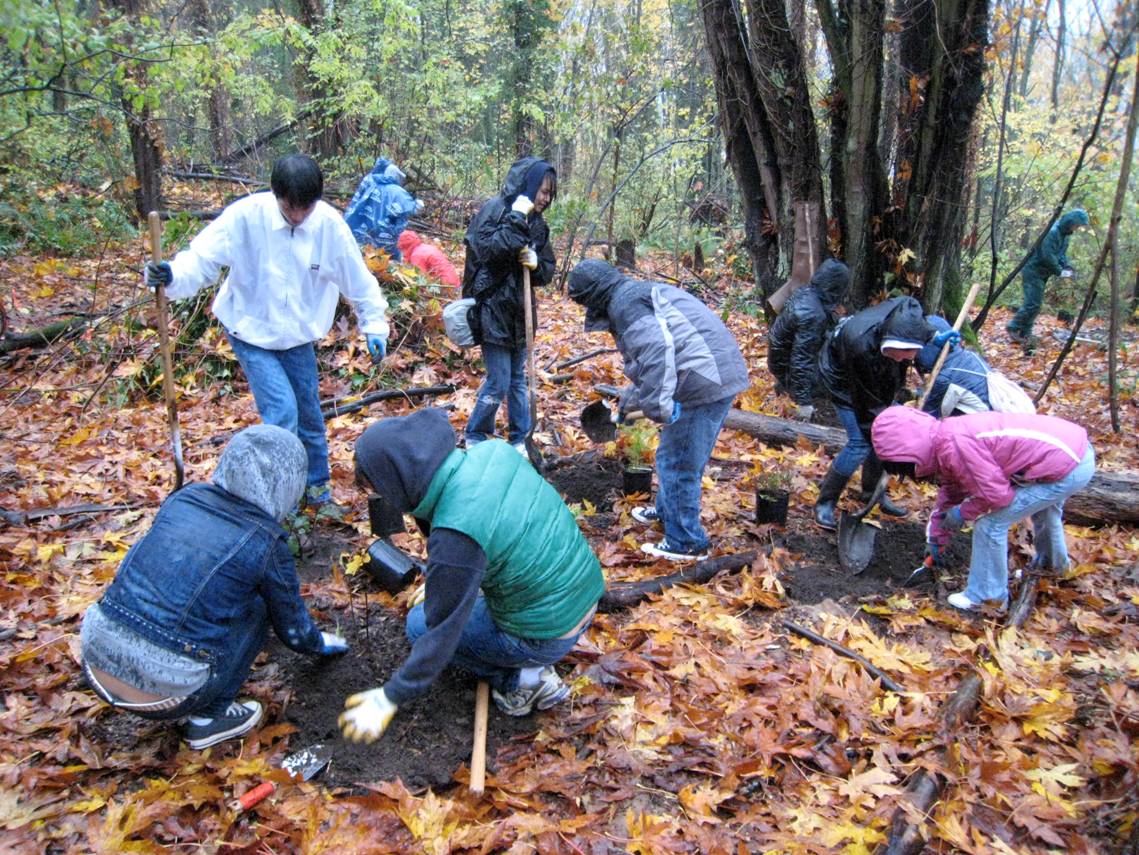 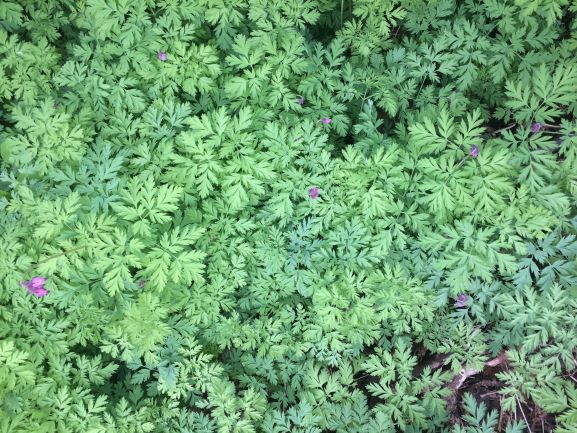 This summary gives you a glimpse of the ecological monitoring that gives us the latest information from the field on how tree seedlings may be responding to the changing environment and our stewardship and care.  Check out the GSP Research page if you want to see more about what we know about the forested natural areas and restoration ecology.