When Seattle Heats up, its Forests Stay Cool 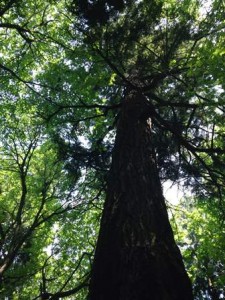 Shady in the good way.

Last week was a scorcher! According to the predictions of climate researchers, we can expect more and more weeks like these in our summers.  But before you hop in your car and head to the movie theater or hardware store for an air conditioner, we’d like to offer an alternative.  Instead, head to a local forest.

Many of you are already familiar with the phenomenon of rolling down the windy hill into Carkeek Park and feeling like the temperature drops 10 degrees.  Wooded areas and parks provide shade and evapotranspiration. The fact that many in Seattle are located in ravines means that they both are not exposed to the sun for much of the day and often have streams which cool things down.

If you don’t believe us, check out the map below.  We took thermal imagery from the Landsat 8 satellite as it passed over Seattle on a hot evening last summer.  The red areas are emitting more thermal infrared (or IR) radiation, an indication that they are hotter, while the blue areas represent cooler spots.  White represents moderate IR radiation and heat. We’ve also outlined parks in green to help you spot the trends.

As you can track the blue areas, some of the larger parks like Carkeek Park, Golden Gardens, Discovery Park, Camp Long, Schmitz Preserve Park, Lincoln Park, and Seward Park stand out as some of the best places in Seattle to chill on land, but don’t underestimate the smaller greenspaces.  A little shade goes a long way when temperature rises. 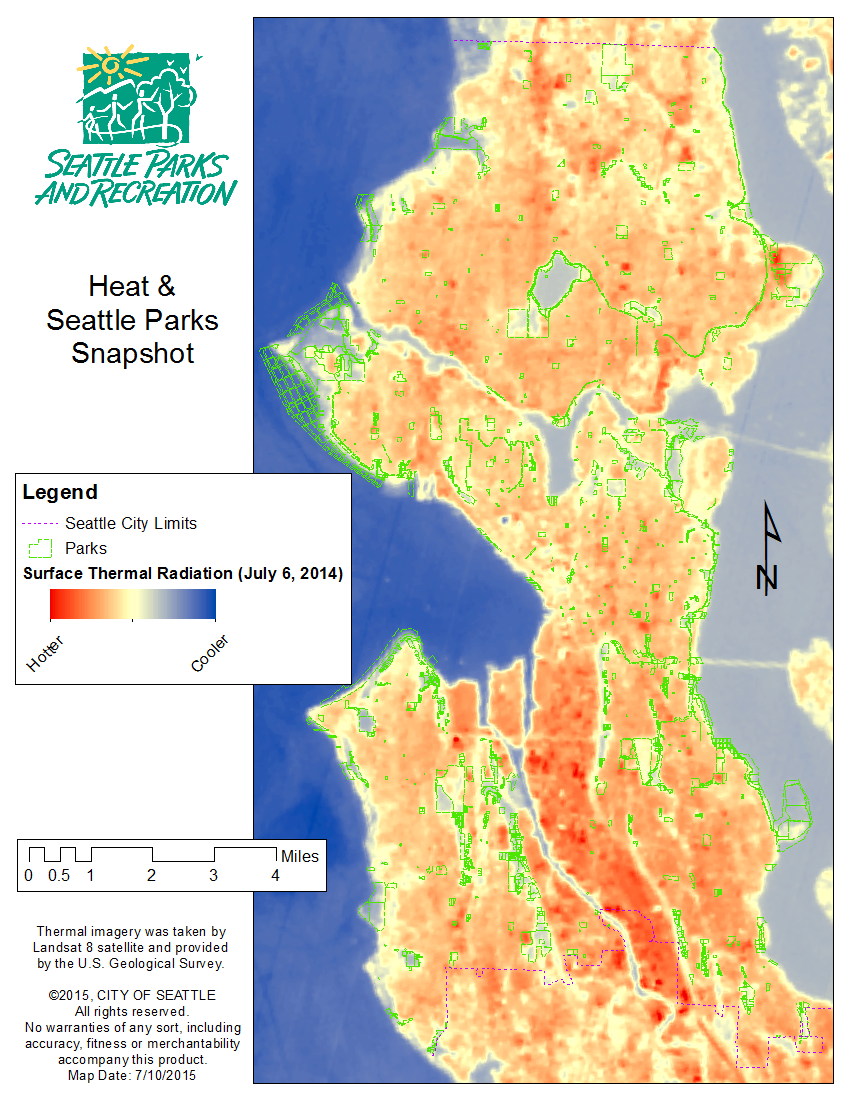