The Significance of Indigenous People’s Day 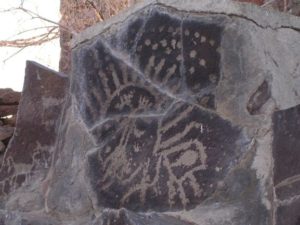 Map of current lands held by tribes in Washington. Image courtesy of WashingtonTribes.org

In Washington, there are 29 federally recognized tribes. There are tribes, such as the Duwamish, who are not federally recognized. All of Washington’s federally recognized tribes have been given some land as of 2015 when the Cowlitz tribe receiving a reservation (1).  Most of the lands held by tribes in Washington are not large, and several are 100 acres or less. The loss of land by Native peoples, who have held ownership of lands across North America since time immemorial, is the single most obvious example of the brutality of colonization. In the past few centuries, the majority of Native lands has been stolen at the cost of Native lives and Native culture. The giving of reservation lands to some tribes has been the unjust afterthought of the Federal government for all that the Native people have lost. The suppression of tribal identity and Native culture in the United States continued into the 1900s as Native children were sent to boarding schools, tribal lands divided into individual properties, and tribal members relocated into urban areas (7)(8)(9). 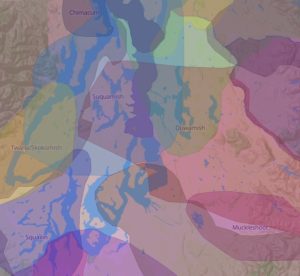 Map of ancestral native lands in the Puget Sound.

Indigenous People’s Day is a recognition of Native resiliency and a celebration of the contributions of tribes to our communities. The biggest contribution has been their land, which was stolen without consent or transparency. To celebrate and recognize Native lands, the Green Seattle Partnership has a formal land acknowledgment for the Seattle area. Whenever we gather to steward Seattle’s greenspaces, we are able to reflect and acknowledge the true ownership and history of this land. 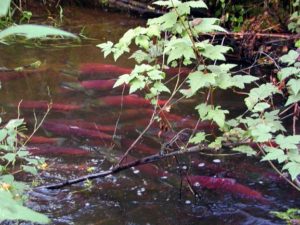 The stewardship of Washington’s lands would not be what it is without Native contributions. Since time immemorial, Native people have stewarded Washington’s lands, plants, and animals. Today, tribes are helping clean up the damage done to the lands from colonization and activities that have supported our economy such as lumber, mining, and oil extraction. On their reservation lands, tribes work to restore their lands and waters for the health of their community and for the health of the communities around them. Their efforts have been a contributing factor to the highest return of Chinook salmon in the Columbia River seen in 75 years, and the efforts of the Yakama Nation doubled the number of spawning Chinook Salmon in the upper Yakama River (4).

To wrap up this discussion of the importance of Indigenous People’s Day and the recognition of native peoples, let’s briefly look at some ongoing struggles of Native peoples. One in three Native Americans  live in poverty. This high rate of poverty is related not to a lack of education, but is due to lack of stable employment for Native populations across the United States (2). Poverty and lack of basic resources in some cases, such as running water on reservations, has made the impact of COVID-19 especially hard on tribes. 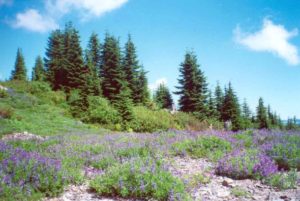 An ongoing hardship faced by Native people is violence. A study funded by NIJ found that Native people experience violence at a higher rate than any other demographic in the United States. Four out of five Indigenous people have experienced violence in their lifetime. This is a rate 1.3 times that of white identifying individuals in the United States. Over 90% of the violence experienced by Indigenous peoples is from a non-native person (5). Due to centuries of oppression and stigmatization, police and other local authorities often question, either consciously or subconsciously, the validity of Native calls for help. This is a contributing factor to the tragedy of missing and murdered Indigenous women. 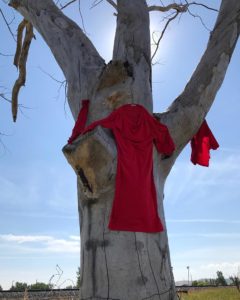 These women are often reported missing; their cases disregarded due to assumptions and biases that the women were engaging in irresponsible behavior that caused their disappearance. These cases usually end with an Indigenous women’s body being found and the case being closed. The women murdered were not responsible for their own disappearance, in opposition of the assumptions made by local authorities, and were abducted at the time of their disappearance (6).

These issues are heavy and are present due to the stereotypes and racism present in our society and law enforcement. The Missing and Murdered Indigenous Women (MMIW) movement is often symbolized by a red dress. By educating ourselves on these issues and advocating for them, Native realities, stories, and voices will not be silenced. We cannot undo the wrongdoing of the colonizers of the past, or of other’s actions. But, we can control our response and our actions to remedy this injustice. Recognition is key and Indigenous People’s Day is the beginning! 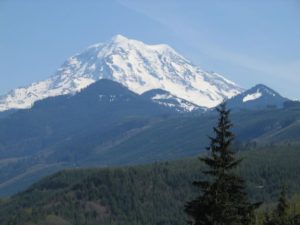 The topic of recognizing Native peoples and cultures is vibrant. We invite you to learn more about Washington’s Tribes by visiting their websites, which are listed on our land acknowledgement page. Equally, we invite you to formulate your own land acknowledgement that yourself and your family can use whenever you gather on Native lands. By recognizing and reflecting on the colonization of Native lands, the harm done to Native peoples, and the resilience of and hardships faced by Native peoples today, we can begin to create a better path to the future.