Letting the Light Shine Through

We take intentional steps to initiate and accelerate the healthy recovery of the city’s forested parkland. Over the past ten years of the program, we have realized restoration can take many forms, and a one-size fits all approach won’t always work in order to honor the diversity of forests and stakeholders involved in the citywide restoration effort.

It might seem counterintuitive, but in much of the western United States these days, restoring the health and integrity of native forests means cutting trees. Cities, counties and non-profit groups have inherited a legacy of degraded land and former industrial forestland that is susceptible to fires, landslides, and deceasing biodiversity. In Seattle, our forested natural areas are recovering from land use practices that replaced complex forest ecosystems with denuded landscapes (in some instances) not conducive to sustaining the benefits of a Pacific Northwest forest.

The GSP mandate is to restore 2500 hundred acres of our urban forest, and we are more than halfway towards that goal. Here is a simplified version of how we have traditionally operated the restoration program since 2004: preserve mature native trees, remove non-native invasive plants that tend to dominate the forest floor, plant a whole lot more native trees and shrubs – all the while we get as many people involved in the effort as possible. It is not just about tree planting. Some more specific examples of how we manage trees in Seattle Parks: 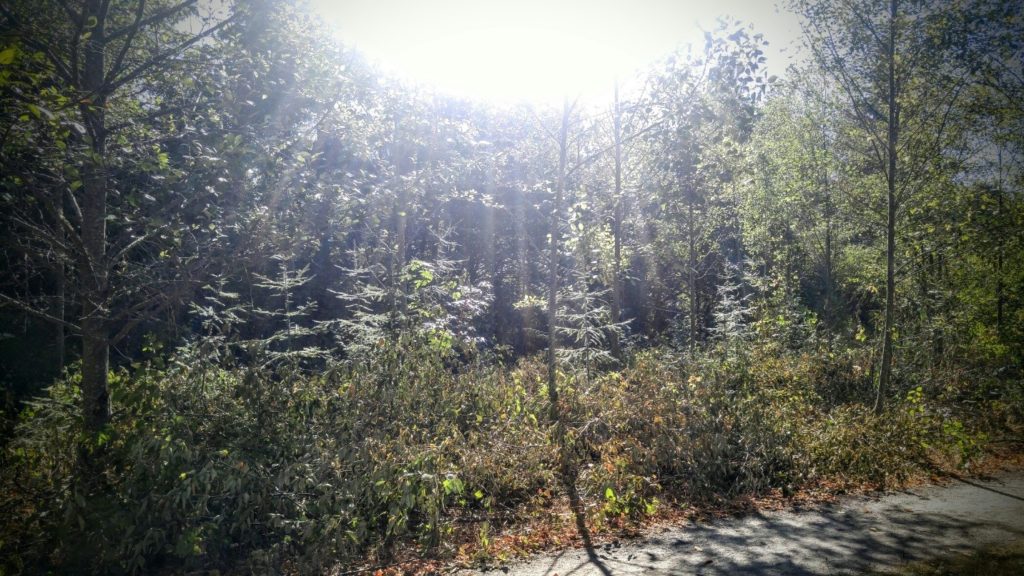 The practices and projects noted above have given us the experience and confidence for the next phase of stewardship and long-term management of our forests. For the first time this year, we are going to carry out a more significant thinning and gap enhancement project over 24 acres in West Duwamish Greenspace: Puget Park. The site is located on the hillside between South Seattle College and West Marginal Way; a webmap of the project area can be found here http://arcg.is/1Dzvm1. Beginning in mid-August after the primary bird nesting season, professional crews will carry out a restoration prescription to thin red alder and bigleaf maple up to 30% and create small gaps in the canopy to allow more light to the forest understory where underplanted conifers await favorable light conditions. We have no mandate to sell any timber, and no wood will leave the site; the intention is for the larger wood to become nurse logs. The crews will also enhance wildlife habitat through retention/creation of snags and build habitat piles with excess slash material. Activities also include weeding and major replanting of tree seedlings over the 24 acres + 16 additional acres lying to the south. With more light and subsequent replanting of 10,000 native tree/shrub seedlings, we expect this effort to let the remaining trees grow big and healthy that remain for future generations. Thereby, we hope to achieve all the associated environmental benefits that come along with more diverse, mixed conifer-deciduous forests. 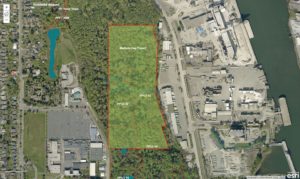 Why now? Up until this part of the GSP 20-year program we haven’t removed native trees (except when hazards are present) because we have been very focused making progress with traditional methods of removing invasives and planting – all in the forest understory. Some of our forests in active restoration now have fewer invasive plants. We have shifted all our planting towards shade-tolerant conifers and sometimes struggle to grow young evergreens in tough conditions – they just aren’t growing gangbusters under a closed deciduous forest canopy. We have taken a number of years to research and plan the right silvicultural methods to use under the right conditions. It also took time to conduct external outreach and engagement to key stakeholders to vet and gather feedback on the concept.

Here is what we have learned – Many Northwest forests are typically made up of coniferous trees with a smaller mix of deciduous trees. Various reports from the last few years have estimates of natural area conifer cover ranging from only about 30 percent to 60 percent in the 2016 Seattle Tree Canopy Assessment. The distribution of conifers is uneven; in the parks designated as “Greenbelts,” we lack mature conifers to contribute their seed to future forests. Intense shade from dense canopy (along with high understory cover and lack of woody debris) are partially the reason why our understory seedlings experience mortality rates as high as 90 percent. The dominant, early successional species of red alder generally colonize sites at high densities, reaching their maximum height in approximately 40 years. Some trees are growing taller, reaching for light, but are not simultaneously growing a healthy diameter and lack sturdy foundations. Height/diameter measurements tell us a good amount about a tree’s ability to withstand winter storm events. When alder in particular begin to decline, individual trees fall to the ground, but surrounding hardwoods often have a high enough degree of “plasticity” to seal any gaps. This process can maintain crowded stands of trees of the same species, which can be potentially susceptible to stress, drought and attacks by pests.

We don’t want to demonize these other tree species. They both play an important role in Puget Sound lowland forests. However, the problem in Seattle’s forests remains the same: many hardwoods that dominate much of the forested parkland are reaching the end of their lifespans. Greater transparency through those leafy summer canopies allows us to grow our planted seedlings to maturity and further recruit new conifers naturally. We have learned through literature review and evidence on the ground that gaps of at least ¼ acre (at least 20 feet wide) and increasing light availability to at least 30% can support good conifer production. The practice of thinning and creating gaps means removing trees from dense forests to help reconstruct more natural and complex forest structure. This encourages longer-lived conifers to grow taller and thicker, produce the seedlings of a future forest, and enhance a wider array of plant diversity at the same time. 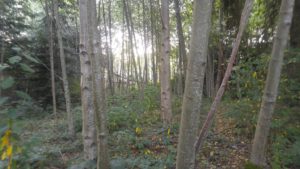 Thinning and similar silvicultural methods to increase conifer growth and native plant diversity are fairly commonplace on private, state, and county lands. The City of Seattle is now implementing plans in Seattle’s watersheds that no longer mandate commercial harvest, and are focused on a long-term restoration program. Though this type of forestry practice is unfamiliar in the city, Seattle Parks and Recreation’s Natural Resources Unit has taken deliberate steps in recent years to evaluate our best management practices and the options for future management of forested parkland. Moving from concept to implementation, Seattle Parks and Recreation became the first urban forest manager in the U.S. to earn Forest Stewardship Council certification, and then consulted with the Northwest Natural Resource Group to identify potential projects in which to implement these methods.

While the sound of a chainsaw will break the quiet peace of a Seattle greenbelt in the spirit of restoration, this activity will NOT AT ALL result in the classic scene of deforestation by creating a clearcut and bare ground that we never replant. This work will only be appropriate for a subset of acres around the city, respecting important considerations such as slope stability, habitat, wetland presence and public use. In the future we will consider other projects where thinning/gap creation has already been identified as options in Seattle Park’s Vegetation Management Plans, but first, Puget Park will be our first test of ecological forestry methods to showcase our sustainable forest stewardship and management.

Below is a timeline for the Puget Park Thinning and Gap Enhancement Project:

Feel free to leave comments or questions below. Want to know more? More detailed questions about the project and/or public meeting can be sent to Michael Yadrick at Seattle Parks Natural Resources Unit: michael.yadrick@seattle.gov. Also, follow the GSP Facebook page and Twitter for announcements and information.