The city is a big place that can take a lifetime to explore. Seattle has over 650 public stairs of varying lengths and elevation challenges, which allows us both an opportunity to see the Emerald City’s incredible assets as well as some great forests that you might not otherwise visit.

Hilly History: The seven hills of Seattle is an unofficial designation that gives a nod to our local topography left behind by the retreat of glaciers in the past and the fact that the city of Seattle was built on and around these prominent topographical features. Where there are steep hills, one can generally find some forest and…Stairways. 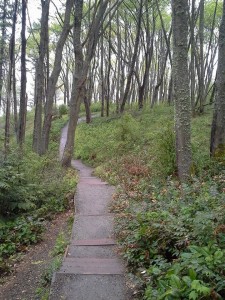 Stair Country Chronicles: A big thanks to Doug Beyerlein, Susan Ralph and David Ott, and also Jake and Cathy Jaramillo, who started the efforts to inventory, chronicle and advocate for the stairways in Seattle.

Safety First: The public Stairways on the list below have 100 or more stairs (hence Stairways with a big “S”), which distinguishes them from other minor staircases in the city, and cross through 16 different Seattle parks. While most of these areas are very safe, please be aware of your surroundings at all times; Stairways are better explored during daylight hours. Some of the Stairways are within Seattle’s forested parkland, which offers a good variety of terrain and its own challenges with footing.

Trails and Stairways through the parks can be also confusing, so refer to this great, mobile-friendly Reference Map and ask directions if necessary. Here are a few of our favorite Stairways  – grab your sneakers and check some out! 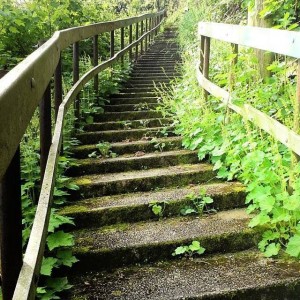 Lower end: Near bottom of trail leading down to beach near pool

Surface: concrete with some dirt stairs and dirt path