Bird Alley: A Hostpot for Biodiversity

Discovery Park’s Bird Alley is properly named due its hotspot status for bird abundance and diversity.  In Seattle’s largest park, this area is very high profile and visible to the public due its proximity to popular nearby trails. Seattle Parks and Friends of Discovery Park have built a new trail connecting the Capehart restoration and the South Bluff overlook. This trail is now open and connects the Capehart restoration and the South Bluff Overlook; an official opening will happen on May 11. Meanwhile, Green Seattle is carrying out restoration in the nearby “meadow.” 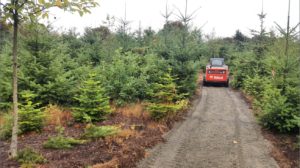 Our restoration will help fulfill recommendations outlined in the Discovery Park Vegetation Management Plan, focusing on blackberry management, invasive species control, wildlife enhancement, and native plant community enhancement of a unique mixed conifer-broadleaf forest. We are promoting Pacific madrone (Arbutus menziesii) and Garry oak (Quercus garryana) as a co-dominant tree species – due to the site’s proximity to high Puget Sound bluffs – as well as other pollinator-friendly understory species. While establishment of keystone tree species is important, increasing forb diversity is desirable for enhancing wildlife habitat and aesthetics for people using the new and nearby trails.

It wasn’t until the 1970s that the United States Army conveyed much of Fort Lawton to the City of Seattle to become Discovery Park. While the land had been developed heavily in some areas to serve the military, prolonged periods of “underuse” after each war effort left much of the forest to regrow after timber harvests in the late 1800s. The 1936 Aerial Imagery from King County shows the project site predominantly covered in grasses, with few trees scattered on this flat terrain above the high Puget Sound bluff. Beginning in the late 1950s, the Federal Aviation Administration and National Oceanographic and Atmospheric Administration operated a radar installation and antenna facilities respectively in the same vicinity as the project site.

Wildlife enhancement and native plant community enhancement will continue to be benefits of, and key drivers of restoration in Discovery Park. Seattle Audubon’s Neighborhood Bird Project has recorded several hundred species in Seattle City Parks; and species diversity is highest in Discovery Park with 207 species. Battey and Ross cautiously state that recent restoration activities on bird life has been positive. “As more restoration zones are completed, we expect that patterns of increasing species diversity will continue” (2014, p 15).

The restoration site lies on the southwestern edge of the Bird Alley management area. This portion of the management area has a PNW savanna-type structure with sparse, young native trees. Crews planted numerous sparse Douglas-fir and shore pine approximately five years ago during the initial Capehart restoration – they are now 5-7 feet in height thanks to a few years of early establishment.

When EarthCorps crews started working in the area in April 2018, several informal footpaths traversed the meadow dominated by exotic grasses. There are some substantial patches of non-native invasive blackberry and small patches of native blackberry too. The crews also worked hard to install several Hügelkultur mounds on the eastern edge of the meadow by burying woody debris and organic material. We will plant directly into these mounds, which should provide a decent reserve of nutrients and moisture for seedlings for the near future. 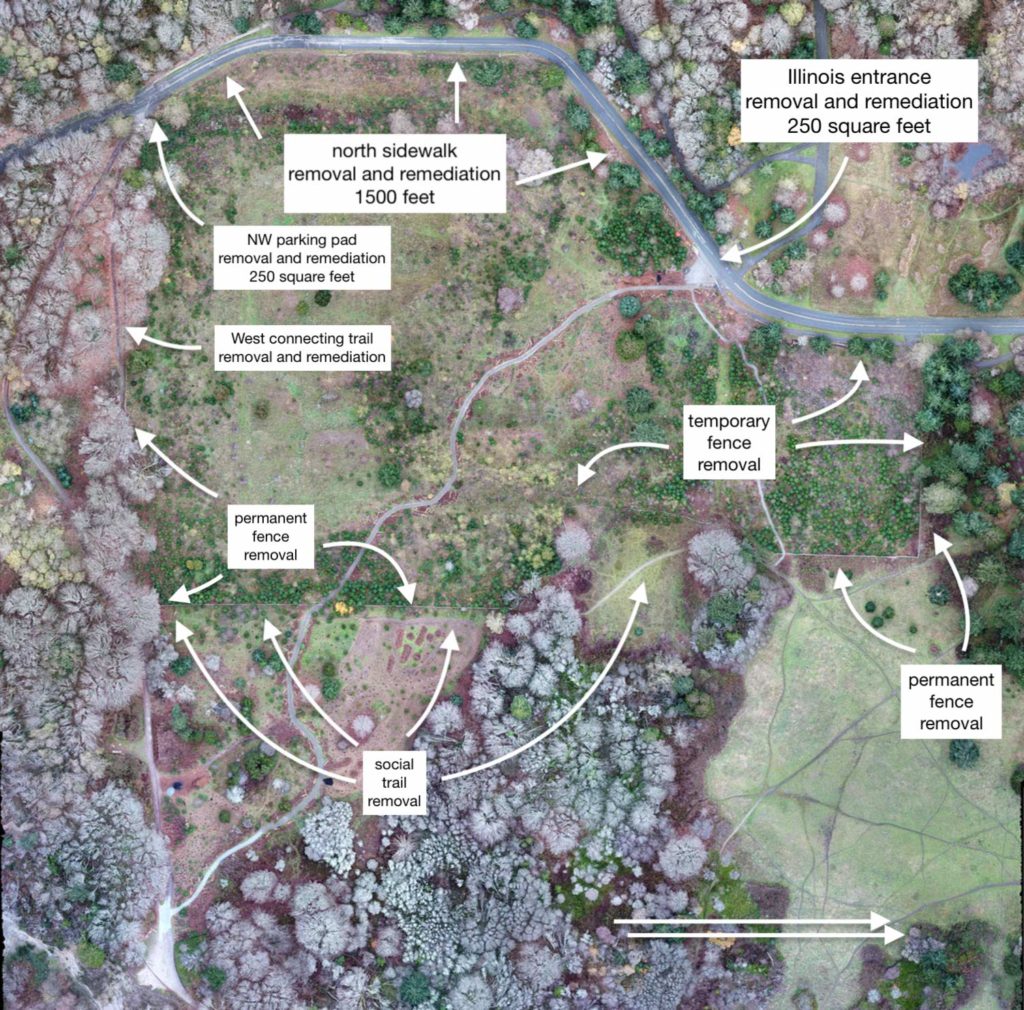 In late October 2018, Seattle Parks Turf Crew lightly tilled soils in the area, avoiding existing trees and the Hügelkultur mounds. This prep work loosened the sod of non-native grasses; then the crew spread a native wildflower mix in advance of mid-winter plantings comprised of: yarrow, lupine, rose, snowberry, goldenrod, thimbleberry, native grasses, and balsamroot (of the sunflower tribe). People will notice the phenology of this species’ mix flowering first thing in the spring and then throughout summer 2019. 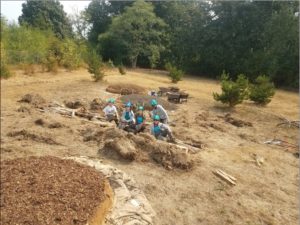 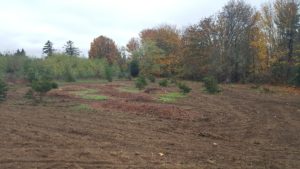 Meadow seeded and prepped for planting in the 2018/19 season.

By the end of March, crews and volunteers had planted over 4,000 additional native forest species in the meadow augmented by plantings along the new trail corridor. To cap it off, Seattle Parks and Friends of Discovery Park were able to have Seattle Conservation Corps dismantle the decades-old chain link fencing and disappear the east-west social trail that used to border the old fence line. Planting into the old path will discourage off-trail travel and promote use of the new trails in the area. 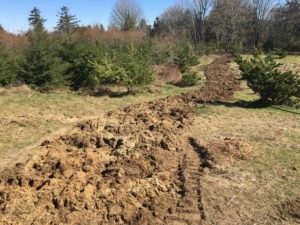 Fences are finally gone! Crews tilled the former social trail and planted with natives on their way out.

Be a Part of the Magic

This tag-team effort is a major investment in one of Seattle’s favorite parks. Expect to see crews out in the meadow weeding and watering this spring and summer. Feel free to give them high-fives and cookies.

You can get involved with regular work parties with Friends of Discovery Park in the area pretty much all-year round. Click HERE to find an upcoming Discovery Park event where you can volunteer and dig in!